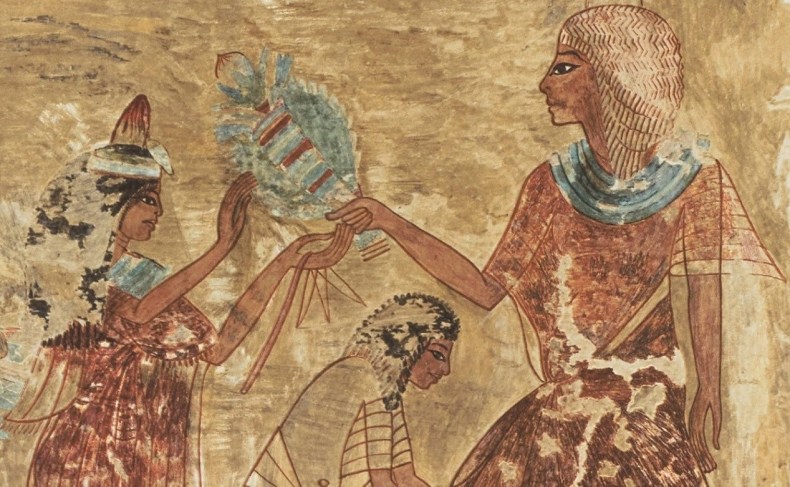 A potted history flowers for decoration

Of course, we can only go from recorded history, but the earliest known use of floral designs for decoration dates back over 4,500 years to ancient Egypt.

The Egyptians would use flowers as a matter, of course, in around their houses, especially on tables in decorative vases.

At burials, flowers were used in extravagant displays of wealth from the procession to internment. We know this from surviving murals and text. Depictions of roses especially dominate wall decorations from 500BC through to the reign of Cleopatra. All this evidence shows that the Egyptians were the first florists.

Around the Birth of Christ, the Greeks and Romans were also using flowers as decoration.

The Greeks especially were more likely to dispense with vases, preferring to use flowers in garlands and wreaths.
The Greeks would use wreaths to reward athletes at the ancient Olympics and people in power, whereas the Romans were more likely to present to military personnel.
It would take a further thousand years before flower arranging would reach Europe, which is a curious oddity when you think that the Roman Empire had previously dominated much of it at the turn of the previous millennium.

Flowers were used extensively in Churches, and with the arrival of exotic flowers to the shores of Britain, people began to experiment with these hitherto unknown and strange colourful newcomers.

Spring forward to Victorian times and the craze for indoor flower arrangements exploded with the big vases, crammed full of any old collection of flowers.
The Italian Renaissance did much to improve the overall appearance of floral displays with complimentary flower types and colours, making flower arranging more of a work of art.

And so we end up in 21st Century Tipton, close to Tipton Cemetery at Daisy Bumbles Florist, carrying on this fine 4 millennia art form with the finest, hand-picked and freshest flowers available. From the Egyptians, all the way through to Daisy Bumbles, the love for flowers shows no sign of abating we are delighted to say.